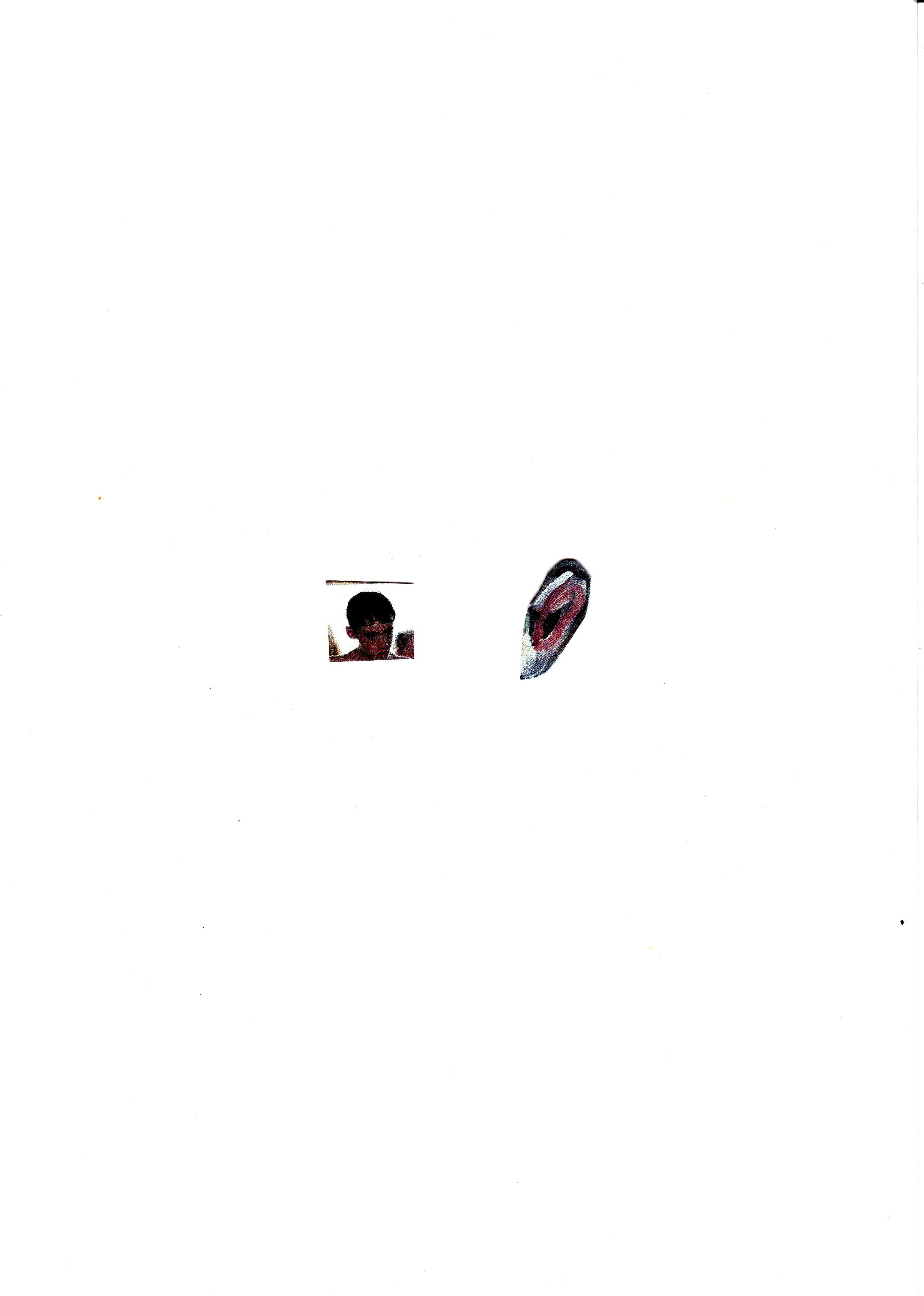 In 2018 Chantal Joffe painted a boy called Herb.
In the picture he is sixteen and bare to the waist, with strokes of hair beginning to embroider his torso, gathering at the plug of his belly button. Puffy-eyed and full-lipped, two fat slugs underline his brow with cynicism. His skin is half-bruised by its ripening, as though Joffe sliced open a peach and let the juices dribble into her paints. Faintly pink cheeks recall the yielding of baby fat, their softness re-forming around emerging cheekbones and jawlines - disyllabic words that see-saw, coming home to the palate. He’s got a lovely right ear. A final lasso of bitten pink, raw against the reworked cartilage that sits high and perpendicular. It’s immodest, frigid. I want to take his head in my hands, to gently but firmly press on his ears, warm palms meeting cool helix, to cover and to hold. The amphitheatre of senses. Maybe he’d hear the sea, maybe it’s low tide and he’s standing at the edge of the bay, looking out at the island, surrounded by stones and flatness and grey. Just at the tip of his boots is a vast thing, he lifts his heel to hear the wet, sludgy sound of suction. Adolescence can be a liminal place.
Martin Parr found the left ear, neat and erect against the misty Brighton air. Its owner holds three mint choc chips and a fist of notes, staring at the serving lady’s tits. A composite Herb meets Hebe. I like the young woman’s dragged-up eyes and lip shine, her jaw set against Martin. I like her permed hair and cosmetic anomality, offset by fringes drying flat on pimpled foreheads, No, I will not be swimming today. One needs the other to frame its sundering. Youth is sometimes an estrangement from yourself. On the table sit upended cones and a blunt knife, smeared globs of Mr Whippy melting into stainless steel. It’s a fleshy mess of sexuality: bodies laden with exchange, the picture is steeped in Herb. I’m using the painting as a lid. The boy leaves before mint choc chip sweats down his wrist, but briefly they meet, the being and the becoming, in Brighton.

by Jess Willis, Gallery Assistant
Back